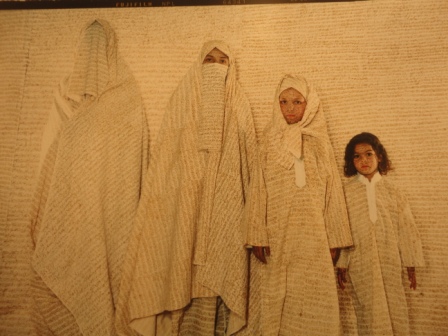 With this video Festival, it is intended to range over on the themes of EQUALITY- DIVERSITY – FREEDOM, in order to propose an evolution in the relationship founded on equality between men and women and diversity as a treasure, to propose a glance capable to dealing with diversity as reality positively problematic, harbinger of a possible human development. We want to open emotional gates able to write a new glossary of visions. Not numbers, commemorations of death and not only with a public that is already sensitive, but life, answers, and culture for all. Artistic Director, Lorena Benatti

The Competition will reward the most voted by the public, will be held in December 2015 in the Testaccio district of Rome, at the space art ON ART curated by Anna Maria Angelucci, who together with the artistic director, artists and curators will select the works received. They can compete artists over 18 years.

Dead line
SEND VIDEO LINKS within the 7 December 2015 to : festarte.segreteria@gmail.com
and DVD’s at : Associazione Culturale FestArte Via dei Lincei, 101 00147 Roma

In sending specify:
the category in which you enroll and to accept that the work is eventually exposed and that enters in the promotional archive of Association FESTARTE for the promotion of the work.

– Project sponsored by the Regione Lazio – supported by Architettura Fatta in Casa
– ON ART – Via Beniamino Franklin, 25 (Testaccio – Roma).