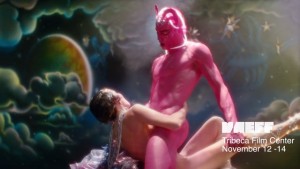 VAEFF 2016 is taking place on November 10-12 at the Tribeca Film Center in lower Manhattan and Downtown Community Television Center(DCTV).  Submissions for VAEFF 2016 are now closed.
Based in New York City, Videoart.net is an international platform for video artists and experimental filmmakers. Its annual flagship project for the past 6 years has been the Video Art & Experimental Film Festival (VAEFF).VAEFF 2016 will run between November 10 and 12, 2016 at the Tribeca Film Center .
Every year, VAEFF receives hundreds of submissions from artists and filmmakers from around the world from which its dedicated curatorial team develops its annual program.http://videoart.net/